We are entering the age of ubiquitious robotics. This is no longer a topic for just the geeks - everyone should be interested.

The introduction of ubiquitous robotics could bring in a new era of productive automation. Not so much for our domestic lives, but for many areas of services, maintenance and industrial production. I think we will soon see robotics expanding out from the limited confines of mass-production plants alone.

These future-focused people who try to build robots that part look and act like humans, so as to (supposedly) perform human functions, have got it wrong. Making a robot to simulate a human is as reasonable as making an aircraft that flaps its wings. Like with aircraft, the structural optimum for a mechanical system is completely different to a biological system.

However, I do believe we will see the ubiquitous implementation of flexible, mobile robots in the near future of which may come to offset a vast amount of human labour.

The key enabling technologies that may drive a new era in robotic implementation are the internet, and motion/boundary detection systems (like what many cars have today). It is vital that a flexible, mobile robot can detect its surroundings not only to efficiently transport itself, but to detect people and other objects moving into its path. If a human, for example, moves into a robots paths then the person will be instantly detected, the robot will stop, then signal to the person to get out of the way. The safe functionality provided by boundary detection allows the robot to move rapidly, which is of course essential for productive output. Robots are only going to be deployed when they make economic sense over human labour.

The internet is also essential so as to allow the robots to be efficiently remote-controlled. The great advantage of using the internet as a base to remote-control robots is that you can have one remote-controller assisting maybe tens or even hundreds of robots at a given time. This is because a human only needs to cut in and take over from automated operation periodically. So, when the controller is not assisting a given robot he can then switch over to another robot. Hence, the internet provides an economical option to tide us over from what "fuzzy logic" cannot yet do. Robotics designers do not need to be so obsessed with making flexible robots "think". They just need to first integrate them with the internet.

So what will the 'common' robot look like? For the sake of some perspective, here is my guess:

Robots will become ubiquitous when we start to standardise and mass-produce flexible versions of them, and with many standardised (and compatible) major components.

I would say that the most ideal structure, for common applications, would simply be a robotic arm mounted on a mobile base. It would not simulate a human hand because that would be impractical and unnecessary. The arm would usually come with a tool-kit of several "hands", each hand designed as a specialised tool to perform a specific function. 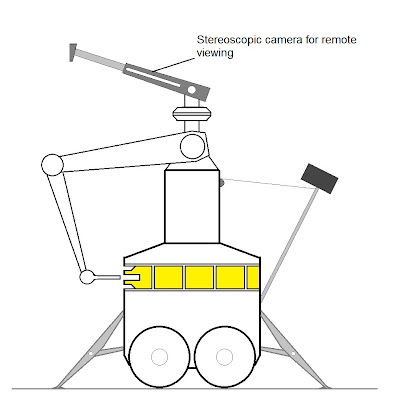 A more minor enabling technology is with stereoscopic remote viewing. 3d-TV systems can now comfortably provide for this.

This sounds information-intensive, but I will point out that you can dramatically compress video information with the use of what I call "spotlight compression". You can target the focus-point for low-compression definition, and then heavily compress other (unimportant) visual information around it. This is perfectly feasible when you only need visual information of the type to carry out a mechanistic task.

In some ways being able to use an adaptable camera will provide better visual feedback than what can be achieved by being in the location in person. You can mobilise the camera for a most explicit and stable view. Also, visual anti-shake programmes will allow the remote-controller to see comfortably in any circumstance, while the robot is doing work.

The ultimate in video compression would have to be a system whereby the viewed imaged is reduced to a geometric representation, so that the visual information is compressed into a connect-the-dots type of format. Basically, imagine a camera and also laser viewing the image and reducing it to a CAD (computer aided drafting) information description. The image is then reconstructed at the remote-viewers end as a CAD drawing. Only a tiny amount of information would be required for streaming over the internet, for a comprehensive image.

This would deliver an image that's a bit surreal looking, like a typical computer-generated image, but it would actually make remote-controlling easier as it makes the boundaries of the object more clear to the eye. It also compensates for poor lighting. 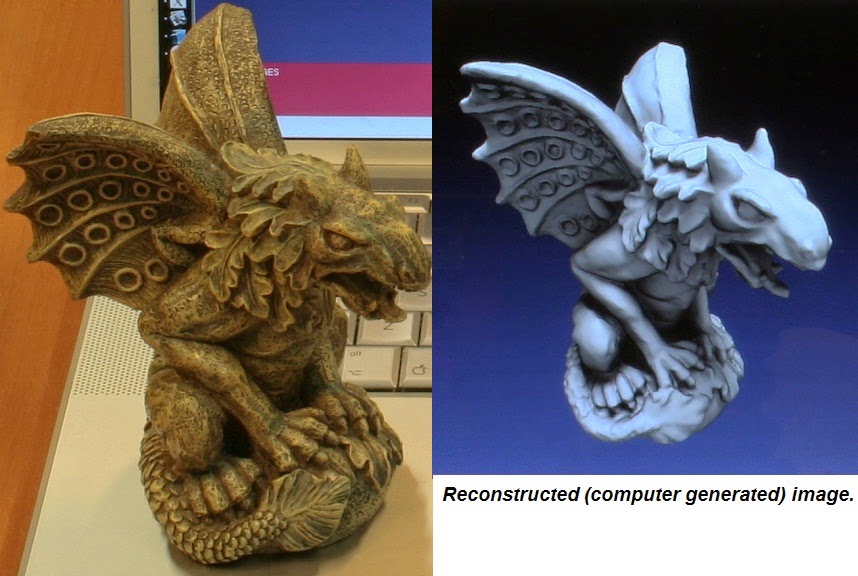 All mobile robots will generally run on wheels - they're cheap, rapid and efficient. In some cases they will employ legs for walking as well, but only if absolutely necessary. They will have retractable legs for static stability. I would also imagine a counter-weight will be employed for when the front leg cannot be extended.

They will generally be driven by many small electric motors - not hydraulics. They will probably use blue-tooth technology for wireless internal actuation, within the robotic arm.

The robot will also develop its own mobility map. This means that once it has stationed itself at a given point, it will remember that point. In turn a remote-controller will only have to indicate to the robot the point it needs to be at, and the robot will automatically move there and without remote assistance.

Even if a 4-foot robot of this type cost $100,000 a piece, if it can displace one human labourer then it would cover its costs in maybe just a couple of years (especially if it can be in operation 24/7). So, we should expect to see the progressive implementation of these kinds of devices as the technology to make it practical is pretty much here today.

However, economies-of-scale is a major factor, and it will no doubt take time for simple robots to be mass-produced efficiently. But again, with the key enabling technologies established, we could safely predict that we will see the far-reaching implementation of mobile robotics soon. And once this progression gets a foothold, it should rapidly build on itself.

A major and growing application for robotics is military. The spin-off technology for civil applications will be invaluable. The following video is very interesting, and the speaker provides a well-rounded talk.

Mechanical dexterity all you really need, because the software and internet-integration will be evolutionary and, once you have your mechanistic foundation, can seamlessly merge into existing systems without expensive retrofitting.

The weak link behind practical robotics will have more to do with mechanics than information processing, as the information component can and will rapidly advance, and hopefully from an open source format.

I think we can expect to see a heavy research focus on making robots that are light and efficient, reliable and low maintenance - that is, a focus on the non solid-state part of the game, because over the long-term that's where the biggest cost barriers are going to be.

Two things that could have a big impact to this end are the use of springs within robotic arms that allow most long-range physical movements to operate like a pendulum (think of a metronome) so that mechanic energy is generally stored and recovered as the arm moves from one point to the next. This will take a large part of the load off the motors, and breaking mechanisms, in terms of both mechanical stress and energy consumption.

Another idea is to make robots that are relatively low-precision with their bulk movement, but high-precision with low-range detailed movements: Basically, think of a small robotic arm mounted at the end of a big robotic arm, and think of the big arm making large low-precision sweeps to a given location point, and then from there rigidly breaking/locking into position, whereby the small high-precision robotic arm then finishes the final action by moving independently to the main body of the (then rigid) robot. This approach may help notably to increase precision and lower real costs.

Another interesting video, showing us how far and fast robotics technology is moving along. Motional-feedback systems are a critical component of flexible robotic actuation. And it allows us to achieve operational precision without great (mechanistic) expense, as the feedback loop corrects for errors (just like with animals).

Another important tool will be hand-gesture tracking, for remote controlling. I can see people's arms being suspended from the ceiling of their home offices, on a long sprung cable. Camera's will track body movements in detail and link them directly to the actuation of a remote robotic arm (just like in the Avatar move). This must be the most efficient way a human can control a robotic arm, second to forming a direct brain-to-machine neural link.

With motional-feedback robotic movements can be very rapid, because the robotic arm can avoid boundaries while it's being controlled, and it can operate within programmed parameters in any circumstance ie. the controller doesn't need to be careful, the robot will do that for you. You can generally just be "sloppy" and fast.

And more. The manufacturer's focus is virtual reality, but 'remote reality' is what we're really after for a robotics revolution, and these kinds of systems are nonetheless very important to that end. 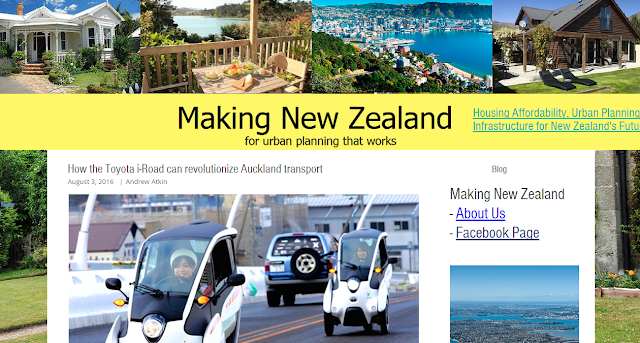 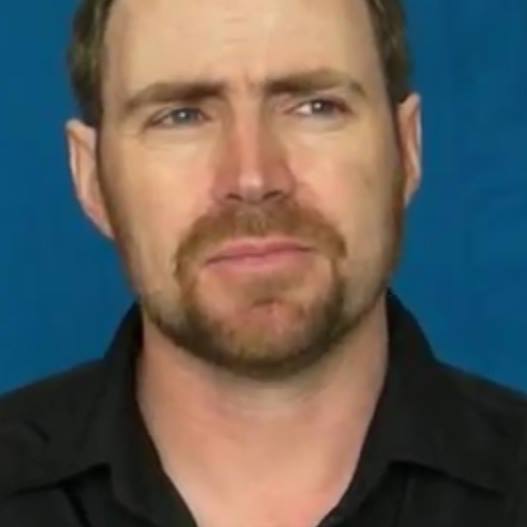 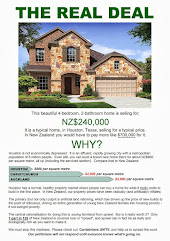